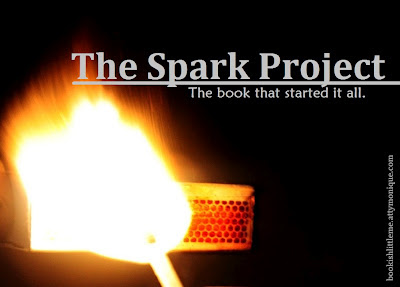 The Spark Project is a monthly blog feature where a reader and/or book blogger is invited to talk about that one book that sparked his/her interest in books and reading. He/She will tell us about the what-when-where-why-and-how of this topic, how his/her reading habits have evolved since encountering that book, and so on. Wouldn't it be fun and interesting as well to know how a fellow book lover discovered the wonderful world of books? :)


The first time I met Aaron more than a year ago, I was so impressed and just a tad intimidated by him. He looks young (because he is young) but he's achieved so much, plus, he speaks Nihonggo fluently. (When I was a kid, I attempted to learn the language, but never got farther than counting up to 100.) He was quiet then, which I attributed to the fact that he was surrounded by new faces and unfamiliar people (me included), but when everyone started talking about books, boy, this guy (gone geek) sure could talk. 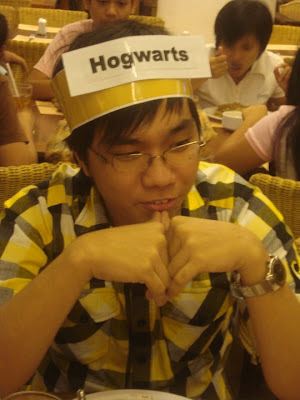 Fast forward to the present, and I am happy to declare that Aaron has become not just one of the members of the book club who I consider to be my friend, but also an adopted "cousin!" :D  And I'm really proud of my little "cousin," because of his glorious geekiness and wise-beyond-his-years attitude about life.:)

He writes book reviews and book-related stuff over at Guy Gone Geek, which we all hope will wake up from its slumber, and soon! :)

Want to know how geeky my little cousin could be? Read on! :)

(1) What is the one book that sparked or kindled your love for reading? Describe the circumstances in which you found or discovered it.

I always tell people that it was Suzanne Collins' The Hunger Games that really got me into reading, but thinking about it, I realized that it wasn't really true. It was the book that got me into reading regularly, but the love for reading has been there way before the book came along. It really didn't spark my love for reading. It just fueled the flame that's been there and set it ablaze. (Shoot. Sorry if I exhausted the fire analogy.)

To answer that question as accurately as possible we have to travel back in time. (Being a time-traveler is one of my frustrations, you see.) So which book was the culprit? Hmm... Was it the non-required readings I had during my highschool? Not really. I'm pretty sure it wasn't the short stories or comic strips I found on the issues of K-Zone and Questor magazines I acquired way back when. It's not also the articles I had to read every single day during my tenure as the News Editor of our school paper.

To pinpoint what book really got me into reading is difficult. I have been reading ever since I can remember. I read whatever's there: cartoon novelizations, fanfictions, occasional copies of Reader's Digest, the Atlas, yearly Almanacs, How to Become a Pokemon Master guide book, and even those little journals my mother and aunts bring on their visits to their pediatrician during their pregnancy. (Don't judge. How a life starts inside someone's womb was pretty much one of the biggest mystery I puzzled over during those days.)*  My earliest memory of something akin to reading, though, is that collection of children's story picture books my parents gave me and my younger brother way before our schooldays. They're not the princess/fairytale kind, but stories like The Three Little Pigs, Tom Thumb, Jack and the Beanstalk, Hansel and Gretel -- the list goes on. I can still remember me reading them over and over when I get tired of playing with our toys, make-believing and roleplaying. Those were the good ol' days and oh how I despise you for making me feel nostalgic. :P

(2) How has it affected you - both your life in general and as a reader?


Seeing that I didn't really give a clear answer to the previous question, I think I should just state how discovering a passion for reading at a very early stage affected me. I wasn't really the "Ma, can I play outside?" kind of kid. I enjoyed playing with other kids in our neighbourhood, sure, but I felt more satisfaction when I just stayed at home reading or watching the television. I was a stay-at-home geek even before it was cool. I enjoyed being in the company of myself and never really understood how to interact with other people outside the family. I grew up to be a shy kid. Nobody complained because hey, I was an honor student much thanks to all my reading. It was enough for everyone to know that I'm doing a good job spending my childhood life. The necessity of meeting the world instead of just reading about it wasn't pointed out to me.

And then I joined the schoolpaper during grade school. I discovered that I could write as much as I could read. That I can write something and somebody else would read it. I learned the joys of putting my thoughts into paper. I learned how to express. I learned how to talk with other people by writing. I knew that I had to read more so I could I write more. But that was the problem. I write only what I read or sometimes what I saw. Shy kid then became the introvert. I had few friends because of that. I knew a lot of people, but I only trusted very few. Few friends, good grades, a student leader and nerdy glasses to top it off -- someone could say that I was a walking teen movie cliche, but I had no problems with that. I was comfortable being a walking teen movie cliche.

Fast forward to my late teenage years, I discovered a reading material called a novel. I can't remember what was the first novel I read, but I can remember my fascination on how characters that are complete strangers to me at the beginning of the book matter to me at the end. I could not believe how these characters are interconnected with one another and how those connections define them. I knew I had to make the same connections else I will fade into oblivion. (Believe me, I already knew what oblivion is at that time. It was those days when Hale's The Day You Said Goodnight was a huge hit. You know that line, "...oblivion is falling down.") Reading more novels was somewhat hindered by schoolwork and student leadership duties, but I read them whenever I had the chance. I noticed from all those books I read that in order to make connections I have to talk not only what I thought about something but also what I felt about it and more importantly, to listen. While I was slowly learning the ways of a proper human conversation, I was also slowly realizing that people could be as interesting as the characters in a novel. I started to care. I started to let a lot more people in. I can't really say that I am as open as I wish to be (Honestly, it's been slightly hard for me to write all about this.), but I believe I'm getting there.

Thank you, Aaron, for agreeing to be featured in this project and for sending over your answers on such short notice! I appreciate it very, very much.


*For the record, I didn't judge! Remember my nomination for TFG's Top 100 non-fiction book? The "librong pambuntis"? Haha!

Anonymous said…
Maria and I were wondering who's next in this feature, and it's a pleasure to know that it's Aaron! I remember when a classmate brought a similar book (a fairy tale collection) to our class; I secretly coveted it. To compensate my want for it, I collected individual fairy tales, which includes Dumbo, Bambi, et al. :D
August 31, 2012 at 1:26 PM

You were intimidated by me the first time we meet? Maybe it's the snob(read: asshole) vibe some people say I give off. Heehee. Sorry. :))

Blog will be resurrected. It's just hard for me now to blog. I am currently on the transition from outgrowing YA(less than 10 YA books so far this year) to falling slowly(eyes that know me. And I can't go back bakit ang corny ko?) in love with (doorstopper) fantasy. I feel sort of uncomfortable blogging about something I'm slowly getting to know. Maybe next year.

Thanks for featuring me for this month's Spark Project. It was a pleasure answering your questions. All I think about when reading a book now was the unpredictability of the plot, the greyness of the characters, the writing, the magic system, the effectiveness of the world building. It's nice to go back to the roots and be reminded why I love reading so much. Thank you! :)

Favorite part: I was comfortable being a walking teen movie cliche.

You mentioned Hale. You are very *young* indeed! LOL

Monique said…
BUDDY: It's nice to know that you guys are looking forward to this monthly feature! Hehe. Have you guys noticed a pattern on how I pick the guests? I alternate: boy-girl-boy para masaya. :))

AARON: Haha, that must be it! But I didn't think of it (snobbishness) in a negative way, really. See, I even attributed your demeanor to awkwardness around new people. :)

You're welcome, and thank you for sending over your answers before the end of the month, and on short notice! I really, really appreciate it. :)

will send you a DM in a bit about something related to the post. ;)

TINA: Hiya, cousin! Thanks for dropping by! :)