The Perks of Being A Wallflower 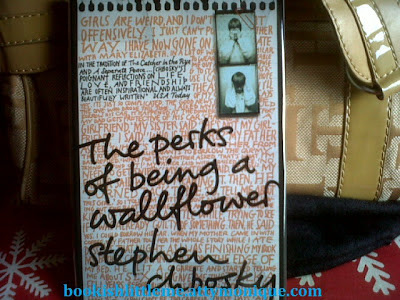 [Originally rated 3.5. In case of decimals, I round off to the higher whole number.]

The thing is, the novel failed to grip me in a way I expected it would, considering the praises and recommendations it earned from bookish friends - all given prior to the release of the movie adaptation. Admittedly, I finally purchased a copy merely because I wanted to read the book before seeing Emma Watson, et. al. Unfortunately, my tight schedule wouldn't allow it, and so it is only now that I am able to finally read the book.

No, I didn't see the movie prior to reading the novel, so you can stop cursing me now.

As I said, The Perks of Being A Wallflower didn't latch on to me enough as to leave any lasting impression. I will concede its relevance, however, as it dealt with teenage angst-y stuff: drugs, peer pressure, sex, booze, bullying. Beyond that, however, I couldn't find anything extraordinarily special about it - it didn't entertain me, it didn't impress me, it didn't do quite anything, really. Well, except to remind me how much I love Fleetwood Mac's original, Landslide, which I've been playing over and over for a few days now.

Don't get me wrong. Charlie was a charming kid, and his psyche was the way it was because of everything that he's gone through. Having to experience many a traumatic thing at such a young age and needing to see a shrink because of the apparent mental and emotional damage it's done to him will naturally evoke feelings of sympathy and affection from anyone. I sympathize with Charlie, but this is my takeaway from it all: everyone goes through sh*t growing up. Everyone. Whether it's real or merely imagined, genuine or contrived. It's all up to the individual how he will try to cope, how he will use his upbringing and everything he's learned, to survive his own sh*t in one piece. After all, no one said life will be one smooth ride, right?

It must be The Rocky Horror Picture Show. I don't even know what the heck that is, and I'm feeling too angst-y to Google it now.