Charlie and The Chocolate Factory 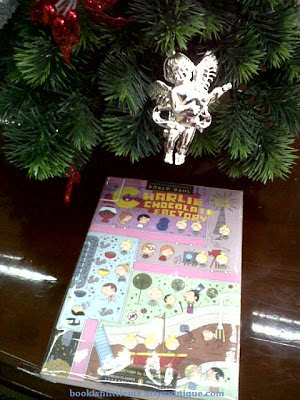 My feelings towards this book were lukewarm, that is to say, I didn't hate it, but I wasn't also particularly raving about it. To be more candid, I wouldn't have picked this book up if it didn't win the polls for the December face-to-face discussion of the book club.

One day, Willy Wonka announced that he would be giving away Golden Tickets to five children - just five  - to whom he will give a grand tour of the factory, which he has kept closely guarded for quite a time. The Golden Tickets can be found in Wonka's chocolate bars, and so the hunt for them began as kids gobbled up the candy left and right. Oh, but poor Charlie! Will he be able to get a Golden Ticket, with his family's poverty?

Such is the premise of this children's classic story supposedly replete with lessons for children and parents alike. I appreciate the part where kids and adults can learn a lesson or two from reading the book, but the fact that the lessons were imparted by a spooky, sarcastic and odd individual - Willy Wonka - didn't quite sit well with me. As we in the legal practice would put it: the witness is not credible, hence, his testimony should not be given credence. I feel exactly that way towards Willy Wonka. He wasn't a credible enough individual to tell off the parents (You're raising your children wrong!) and their children (TV is bad! Chewing gum is bad!); neither did I approve of the manner to which he resorted in conveying his (misplaced) opinions.

But that's just me. As a children's book, Charlie and The Chocolate Factory actually has some value. It's a challenge to the imagination, reading about those rooms full of chocolate inventions and candy concoctions. Movie outfits wouldn't have deemed it worthy of adaptations if the storyline did not guarantee colorful scenes and lots of singing, c/o the Oompa Loompas working in the factory. The book has its appeal to the young readers, I concede, but they were lost on me. Perhaps it's no longer age appropriate for me, yes?

Last Saturday, the book club had its final face-to-face discussion for the year, and we talked about this classic. By way of closing remarks, the moderator asked each participant to share his/her thoughts about the book. When my turn came, I declared that I wouldn't allow my daughter to read it at such a young age, because I didn't approve of the idea of corporal punishment as a means to discipline a child. Rather, I prefer the method of giving a reward for good things done.

I loved the movie adaptation starring Johnny Depp, by the way.

And look, I "won" again in the F2F for accumulating the most points in the online discussion. The journal is sooo purrrty. 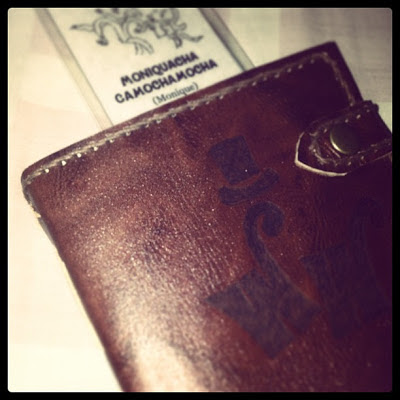 PS, I didn't catch this review before. I think there's something wrong with the feeds lately (some of them are not displaying at Google Reader). :/
February 20, 2013 at 10:54 AM