Wonder made me cry. It made me shed tears for the little boy named August Pullman - Auggie, for short - for having successfully finished fifth grade in middle school. You would think, what’s so special or extraordinary about getting through fifth grade? Well, everything, if you know who Auggie is, what he looks like, and what he has to go through because of this. 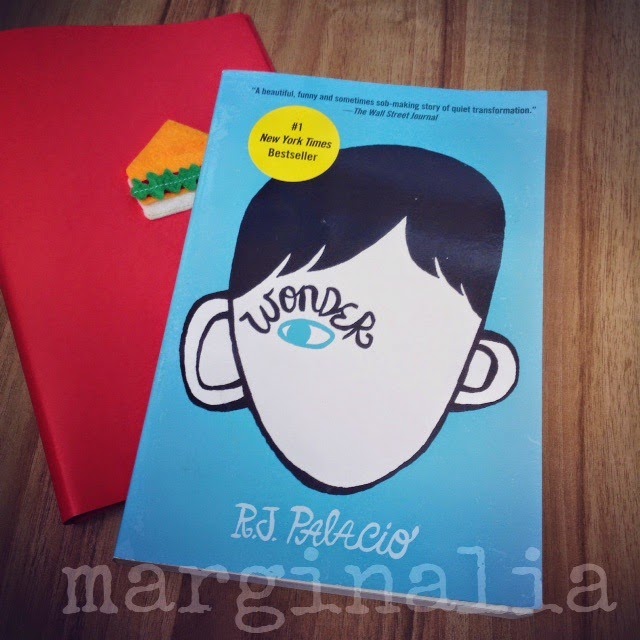 “My name is August, by the way. I won’t describe what I look like. Whatever you’re thinking, it’s probably worse.”


This is how Auggie introduces himself, and this is how Wonder reads: via first person point of view, Auggie narrates his experiences, both good and bad, as a result of his being “not ordinary.” Medicine says he was born with what seemed to be a “previously unknown type of mandibulofacial dysostosis caused by an autosomal recessive mutation in the TCOF1 gene, which is located on chromosome 5, complicated by a hemifacial microsomia characteristic of OAV spectrum.”

Simply put, Auggie suffers from a congenital and rare disease that affects the way he looks, and no amount of plastic surgery could have corrected any of it and made him look like a normal person. But as Auggie’s story unfolds, anyone can see that he is, after all, simply an ordinary kid.

Other points of view are also offered in the story: Auggie’s older sister, Via, tells of how she used to see him as anything but ordinary, until one day when she realizes that she can see through a peephole and look at Auggie the way everyone else does. Jack and Summer, two of Auggie’s classmates, share their own experiences being in the same class as Auggie. Justin, Via’s boyfriend, and Miranda, Via’s closest friend, also narrate how they were touched by the wonder that is Auggie. We all get a glimpse of not only how Auggie’s mind works, but also those of the people around him, with the exception of his parents. After all, do Auggie’s parents still need to express the pure and unconditional that they have for him?

Perhaps that is what struck me the most: that kind of love that a parent has for his/her child, no matter how he/she looks like, no matter what kind of infirmity or illness has afflicted him/her. It is a delightful thing, but also heartbreaking.

How I wish everyone would be able to read this book just to be able to increase social awareness, so that people would try to be more understanding and kinder to people like Auggie.

“Shall we make a new rule of life… always to try to be a little kinder than is necessary?”


It is, after all, a simple thing to be kind. And to borrow the words of Auggie’s school director, we carry with us, as human beings, not just the capacity to be kind, but the very choice of kindness. If so, how hard would it be to choose to be kinder than necessary?