When I started reading The Round House, I was under the impression that it was a mystery novel. Many readers certainly think so, and after reading it, I would have to concur. But my concurrence comes with qualification – that although the novel starts out by presenting a mystery, it will be revealed later on that it is more of a coming-of-age story framed within a mystery, with bits and pieces of Native American history and culture thrown in for good measure. I read someone write somewhere that it is the To Kill A Mockingbird version of Native Americans. Why not? It certainly explores similar themes, and both are equally wonderful works. But The Round House – just like Mockingbird – is remarkable on its own and needs no comparison. 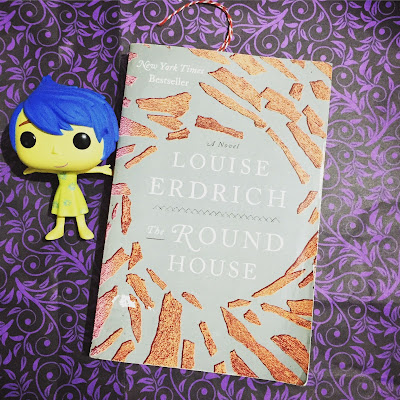 Joe Coutts is a 13-year-old American Indian whose mother, Geraldine, was attacked one Sunday afternoon. His father, Bazil, is a tribal judge. The attack on his mother happened in the round house, near the lake located within state and tribal boundaries. After seeing his mother slowly deteriorate as a result of the incident, Joe, with the help of his friends, vows to track down the assailant and deliver his own kind of justice.

Being in a profession that involves the administration of justice – the type of justice dictated by law books, though – I rooted for Joe. My sympathy also stems from the fact that I would do anything in my power to seek justice for an aggrieved loved one. Anything within the bounds of the law, that is, because Joe’s ideas and means were too drastic. And although his actions were an understandably juvenile response to something that requires more thought and meditation, he perfectly knew what he was doing. So on one hand, I rooted for Joe; on the other, I wanted to kick some sense into him. In this way, however, he learned many things.

The first half gripped me in suspense as I delved into the mystery part of the book: the identity of Geraldine’s attacker. I was with Joe and Bazil in trying to discover who committed an unspeakable crime against her. The mystery, however, will be revealed halfway through the book, giving way to the part where Joe deals with the issue all on his own, putting matters into his own hands and, in the process, crosses the threshold to adulthood by accepting full responsibility for his actions.

Aside from the simple and straightforward writing style, I also loved the fact that it tackles the life and culture of Native Americans. The novel is set in the Ojibwe settlement in North Dakota and the Coutts family and their friends are Native Americans. Intertwined with this rich cultural history is the question of how Geraldine’s attacker can be prosecuted – there were issues on jurisdiction, courts, and applicable laws, i.e., State versus tribal laws. And there were spiritual stories, too, about tribes and spirits and ghosts that, it would be safe to assume, were part of the Native American culture. The fusion of all of these aspects was something I truly appreciated.

“We are never so poor that we cannot bless another human being, are we? So it is that every evil, whether moral or material, results in good. You'll see.”


I’m looking forward to reading more Erdrich novels after this.