Call Me By Your Name

Call Me By Your Name is the coming-of-age story of Elio, a 16-year-old who develops feelings towards an older guy, Oliver, Elio’s family’s scholar house guest for the summer. Told from Elio’s point of view, their story spans decades, beginning that summer at Elio’s family’s cliffside house overlooking the beach. 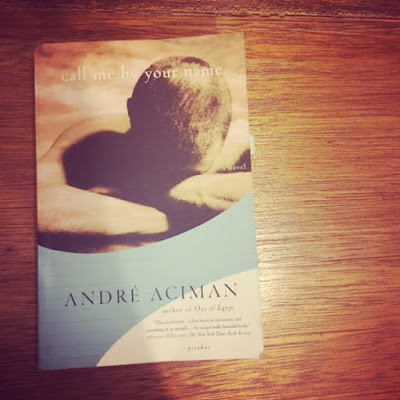 At first, I felt for Elio. It was clear he had a crush on Oliver, and he was dying inside just seeing him there: by the pool, at the dining table, around the house. I could just imagine how he’d swoon when Oliver would look at him, how he didn’t know how to react at the slightest touch or contact with Oliver’s skin. And I understood Elio. At a young age, his feelings must be all whacked up, and not knowing what to think or how to react came with the territory.

But then he began to overthink, and over-analyze, and I began to get bored and slight annoyed. In the first place, what did he really want to happen, anyway? Did he want his feelings kept secret, or did he want Oliver to know? His daydreams and fantasies aside, there were times when I got confused. So I wanted him to get a grip, stop the over-analysis, decide, and act on it already! Oliver, on the other hand, wasn’t much of any help, keeping his end of the apparent emotional tango. He was sending mixed signals all over the place, and it was frustrating not just for Elio, but for me as well. Ha. So much drama, these two.

And then Elio finally does decide, and Oliver simultaneously makes up his mind, and there. What took them so long?

What I liked about Call Me By Your Name is the connection between Elio and Oliver. Well, insofar as Elio is concerned, perhaps; one can’t be too sure about Oliver, since we only get to read about Elio’s side of the story. Elio deeply felt for Oliver, despite (or perhaps, because of?) his young age, and this emotional attachment was something that he carried in his heart for a long time. You’ll always have a spot. Elio saw Oliver as his soulmate, their bond unbreakable through distance and time, loving him from afar despite the many years and the many things that transpired in the interim. And yes, Oliver’s feelings, notwithstanding.

I also admired Elio’s family, particularly his father, for the overwhelming support that he gave his son. Not many fathers would have given the same advice or, at the very least, seen the situation through the same understanding eyes, especially respecting a teenage son – an only child.

“… it would finally dawn on us both that he was more me than I had ever been myself, because when he became me and I became him in bed so many years ago, he was and would forever remain, long after every forked road in life had done its work, my brother, my friend, my father, my son, my husband, my lover, myself.”

Anonymous said…
I haven't read the novel, so I can't really comment, but I just wanted to say that your review's really got me interested! Added Call Me By Your Name to my wishlist. Thank you for the recommendation!
May 10, 2016 at 3:09 AM