I finished reading The Danish Girl last week and wanted to see the film adaptation right away. Unfortunately, despite efforts to procure a copy, I was unable to do so, which, perhaps, is just as well so that I can write my thoughts about the book without regard at all to the film. It’s also to prevent this write-up from becoming a comparison between the book and the movie. 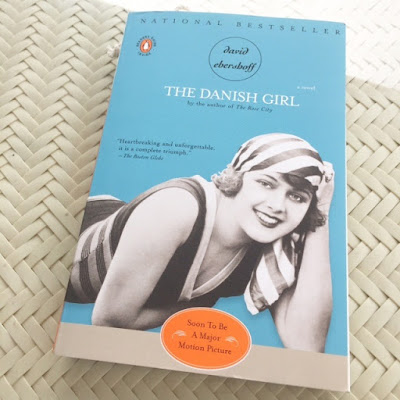 The Danish Girl is about Einar Wegener, a Danish painter, and his wife, Greta Waud, an American. Set in the 1920s, the Wegeners live in an apartment in Copenhagen where they have set up their living as painters. Einar paints bogs and landscapes, Greta paints portraits.

When Anna, an opera singer and Greta’s current subject, fails to show up at her studio one day, Greta asks Einar to sit for her. Greta needed to finish Anna’s portrait, so she came up with the idea of asking Einar to put on Anna’s stockings and shoes and sit for her. Einar agrees, and that single moment in Greta’s studio stirs something in Einar, something deep inside him – something feminine – and right there was “born” Lili, the transgender artist.

The Danish Girl is actually based on the true story of Einar Wegener a.k.a. Lili Elbe, one of the very first people to undergo sex reassignment surgery.

It was a very moving story. I loved both Einar and Greta: Einar for his strength and resolve, Greta for her resilience and unconditional love for her husband. Finding one’s true identity and embracing it, and thereafter, going out into the world a completely different person, must have been difficult for Einar; I can only imagine how equally hard it must be for Greta, who has “lost” a husband – and not for the first time. Her first husband, Tom, died from tuberculosis many years prior, and Greta has since abandoned her California home for Copenhagen.

Between Einar and Greta, however, I found the latter to be the more important character, the “star” of the show, if you will. Without her support and encouragement, “Lili” would not have been – of course, her existence is entirely up to Einar, but the whole transformation process would have been much too painful, too emotionally complicated, without Greta. She was Einar’s rock; she sacrificed her husband and her own happiness for Lili – that’s how much she loved Einar. Despite having lost one husband before, she had no qualms about losing another one if it will mean his happiness. Greta let go of Einar so he could become someone else, someone that he wanted to become, and I tremendously admire her for that.

Einar’s struggles were tough but became bearable because of Greta. Still, they were by no means simple, as simple as dressing as a woman or making up one’s face to look like one. He has been shown to have the feminine disposition in his childhood, with his close friend Hans playing a significant role. His father, however, curbed that disposition early on, but it merely remained dormant inside Einar. When the time came for Einar to realize his true self, he had Greta by his side.

What moved me to (near) tears was how, in becoming Lili, Einar was slowly “dying.” Einar was born in a bog – hence the penchant for painting them – but as Lili slowly emerged from the physical body that was Einar, his memories of the bog, his childhood, and eventually, his identity as Einar slowly but surely faded away. So my heart bled for Einar, for Greta’s husband, his memories, and his life.

Love is love is love is love. How many times and how often do we hear these words nowadays? The Danish Girl is about identity, acceptance, marriage, and love. This is a very timely and significant read. I love this book.

And when she thought about it, who wasn't always changing? Wasn't everybody always turning into someone new?


For more on the real-life Einar Wegener/Lili Elbe whose story inspired this novel, check these links from People and Telegraph.