I read To The Lighthouse a couple of years back, and I didn't expect that I would like it but I did. I loved it, in fact, and much credit goes to the discussion that we had at the book club. Led by one of our book club moderators, we deconstructed the book chapter by chapter, and I think that everyone's insights and opinions allowed me to appreciate the novel properly. So, I was excited to read my next Virginia Woolf, Mrs. Dalloway. Although it was written in the same stream-of-consciousness, lyrical voice as Lighthouse, however, I found that this one simply wasn't of the same caliber. 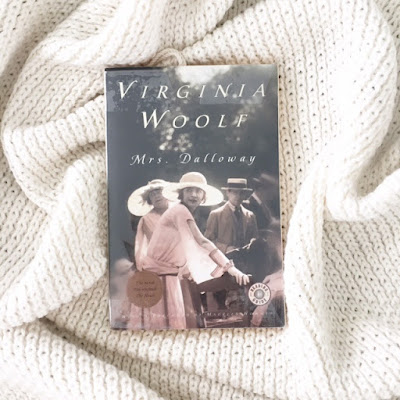 But that's not to say that Mrs. Dalloway was a bad or awful book, because it isn't. It has its own merits; it just simply didn't live up to my expectations.

Mrs. Dalloway tells of a single day in the life of Clarissa Dalloway, the wife of Richard Dalloway, who was hosting a party for that evening. The novel is set in England, post-World War I, with characters belonging to high society London. The narrative shifts perspectives, from Clarissa's point of view to those of the various personalities around her: there's Peter Walsh, her spurned suitor who has returned from India and had plans to marry Daisy, a married woman in India; Septimus Warren Smith, a war veteran suffering from shell shock and hallucinations; Septimus's wife, Lucrezia, who assists Septimus but often rues having left her home country of Italy; Sir William Bradshaw, Septimus's psychiatrist; Elizabeth Dalloway, Richard and Clarissa's teenage daughter; Sally Seton, Clarissa's childhood friend who has married into high society; and Miss Kilman, Elizabeth's governess/teacher. As the narrative subtly changes perspectives, the time frames also shift, depending on the recollection and thoughts of a particular character.

These characters have distinct stories to tell and experiences to share. Unfortunately, none of them truly engaged me, except perhaps for Septimus, who was burdened with what is called post-traumatic stress disorder (PTSD) as a result of the war. He suffered from hallucinations and kept seeing his dead comrade Evans, and the pain was unbearable. The other characters weren't as compelling, regretfully, especially not the titular character Clarissa, whom I thought was shallow. (Unfortunately, she wasn't able to redeem herself in the end.) I would love, perhaps, to see these characters come to life and watch as they go about their business for one whole day, culminating in the party that Clarissa was hosting in the evening. But the way they were described, their thoughts, their feelings weren't as compelling and memorable as I had expected them to be.

As always, the stream-of-consciousness writing style took some getting used to, but it wasn't so bad when you get the hang of it. In fact, it was beautiful, lyrical writing - something that redeems the novel from its bland characters, in my opinion. The subtle shifts from perspective to perspective was impeccable. So structure and writing-wise, Mrs. Dalloway is worth reading. Perhaps, a deconstruction is required for me to appreciate the characters' depths?

“But nothing is so strange when one is in love (and what was this except being in love?) as the complete indifference of other people.”

Tin said…
I wonder whether I would have liked To The Lighthouse as much, had I read it on my own. But Virginia Woolf really does write wonderful lyrical passages. :)
September 6, 2016 at 6:29 PM