This mystery/thriller penned by Mary Kubica was our book club's book for the month of February. It's been a while since I read it (I know, I know, I've been remiss in my blogging duties) but it feels like only yesterday when we discussed it. 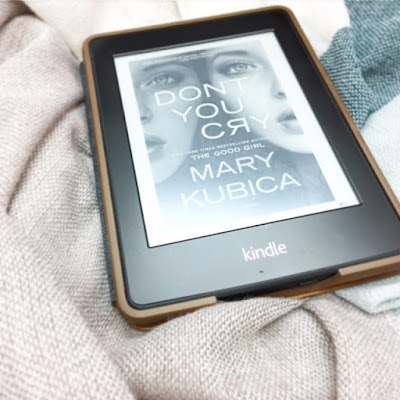 I don't know how I could describe the story without giving away too much, so I'll just say that the story begins with the disappearance of Esther Vaughan, Quinn Collins' roommate. Although Quinn tries to convince herself, at first, that Esther couldn't have just gone missing, she eventually accepts the fact of her disappearance and attempts to find her.

Esther and Quinn's story unfolds parallel to that of Alex Gallo, on the other side of Chicago. Eighteen-year-old Alex works in a coffee shop in their quiet little town and takes care of his alcoholic father. When a mysterious girl walks into the coffee shop one day, Alex is immediately and inexplicably drawn to her.

I know what you must be thinking; I had the same notions, before. But it's too obvious, right? Could Esther be the same girl who shows up suddenly in the coffee shop? As soon as the idea came into my head, I had to shoot it down right away for being too convenient. I felt that if that had been the case, I would feel shortchanged, hoodwinked, cheated even. There is simply no mystery in that.

The good news is that there's more to the story than just a simple disappearing act; there's also motherhood, family, and acceptance. (There is also murder in there somewhere thrown in for good measure. What is a mystery without anyone getting killed, is that right?) Esther's disappearance is merely the event from which a whole slew of other significant events are put into motion, and although the story seems to revolve around her, really, it doesn't.

The bad news is that I guessed who's who a little over the halfway mark. After that, it was only a matter of reading for the sake of confirming my suspicions. There was a revelation in the end that I didn't expect, for which I am thankful (otherwise the story no longer had any appeal for me). But overall, I thought that, for a mystery/thriller, it was predictable, and I didn't warm up to any of the characters.